With steady globalisation and corporates making India their playground, the Indian based toy industry has shown a steady decline, replaced by toys made and sold by foreign investors. With cheap materials like plastic, often created in bulk and sold for lower and more affordable prices, the Indian toy economy plunges. Made in India by big corporates, or foreign corporates, the materials used in these toys are plastic; While we spend huge money in buying these, the corporates barely spend a fraction of it, resolving to use polluting materials and harmful chemicals. These toys made of plastic are known to have harmful chemicals, and according to the world counts, 40% of these chemicals have led to hormonal changes in children. Prolonged exposure also is absorbed by the skin causing various skin conditions in the future. Other health conditions also include infertility, especially in males, heart diseases & breast cancer.

Toys are mostly donated, yet they have a short lifespan, beyond which they are just a piece of plastic that adds to non-recyclable waste. The compiled waste production of these toys results in water pollution, ocean damages and adding the irrevocably huge numbers of plastic waste that has nowhere to go, polluting the natural environment and resulting in huge environmental issues like climate change & global warming. The issue, apart from plastic, is also batteries; Batteries contribute to global warming and air pollution that leaves human beings with harmful diseases, by releasing harmful chemicals in the air. The question also arises that, these toys are being made for children, but what type of children? About 70% of the world’s toy are made by children, it shows the toy industry’s child labour issues and labour exploitations. Are toys only made for children who can afford it, while it is literally being made by exploiting the desperation of children who are victims of unfair socio-economic realities?

The tradition of crafting games out of wood and making toys out of cloth is an old one, intricately carved, crafted and weaved, to make bright beautiful patterns. This small economy that crafts toys and dolls is an old one, like many other crafts and arts, and struggles to maintain a stable economy, yet continues to fight for survival. These artisans use recyclable, reusable materials, natural materials like wood, cotton and colours dyes extracted from nature, using no harmful chemicals or machine production in the process that would harm a child’s health. 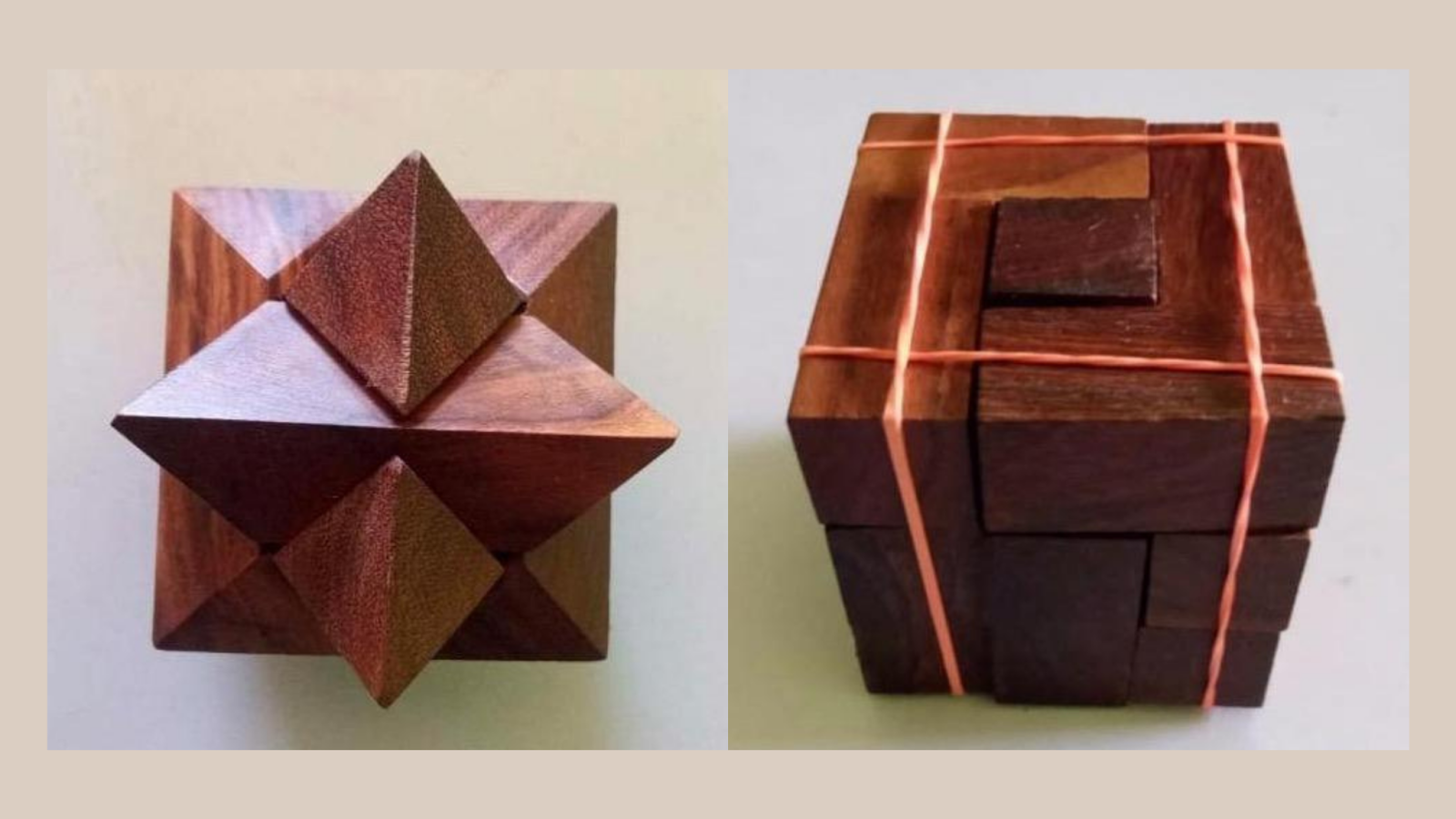 The above-made games of wood are carved from the ancient wood carving technique from Uttar Pradesh. They are simple puzzles that need to be put back into place. Since it requires concentration and attention, it would teach the child to learn patience, train their mind to retain attention and concentration and even help them sharpen their reflexes. Not to forget that these make good home decor when not being used and simply can be put to through reuse or recycle once their life spans have run out! They also divert children from screens and video games, protecting them from harmful traditions, eye damage and addicting tendencies.

Instead of paying high prices and buying board games that eventually end up in the trash, adding to the non-recyclable waste production, we can play the same games on patterned cloth made of natural materials, no harmful chemicals process and appealing to the eyes. Chess, as we know, is an incredibly competitive game that challenges higher-order functions of the brain, increasing problem-solving efficiency, strategy, reduces stress and engages both sides of the brain. Snake and ladder are just plain old fun, engaging kids with mathematics and creating a fun environment to understand its practical usage. These simple games not engage children in various practical and academic skills, but are also made to be human friendly, making sure no harm is done to anyone who comes in contact with them & eventually, even environmentally friendly.

These toys also contribute to the micro-economy of ancient arts and crafts, benefiting the artisans that depend on this economy to retain their livelihood. These toys, dolls and games also attempt to keep alive ancient weaving, dyeing, and carving techniques, along with the heritage and crafts of ancient India. In a long history of colonisation and lost heritage, these artisans evolve arts and crafts to adapt to contemporary ideals in hopes of survival, while actively keeping history alive, the least we can do is support them.